This one-acre park is located on the corner of 228th Street and 39th Avenue at the border between Mountlake Terrace and Brier.

Previously the park stood next to the former Fire Station 18, which was demolished in 2012 after the Fire District constructed a new Fire Station 18 in Brier.

Once the station was demolished, the park was expanded and new play equipment was added.

Amenities at this park include picnic tables, benches, play equipment, and walking trails. 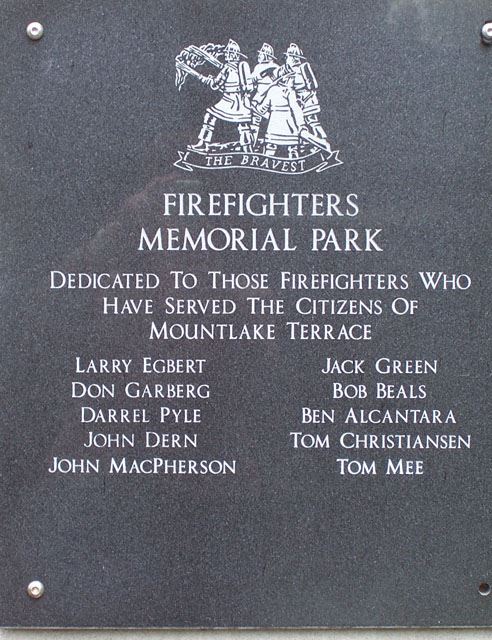