Mountlake Terrace’s Traffic Calming Program is part of the City’s commitment to the safety and livability of our neighborhoods, and it incorporates the goals and objectives of the City’s Comprehensive Plan. It is a collaborative effort between local residents and City staff to reduce the impacts of traffic on residential neighborhood streets through active participation by you and your neighbors. The two primary objectives for traffic calming are:

When these objectives are achieved, neighborhood residents will experience:

TRAFFIC CALMING PROGRAM COMPONENTS
There are many types of improvements that are utilized when instituting traffic calming within a residential neighborhood. These mechanisms include measures and physical improvements designed to encourage speed reduction and/or deter drivers from using the residential street as a cut-through route to their origin or destination.  These traffic calming mechanisms are listed and illustrated below.

MEASURES
The measures listed below are usually utilized in Phase I mitigation due their low cost and readiness for implementation. 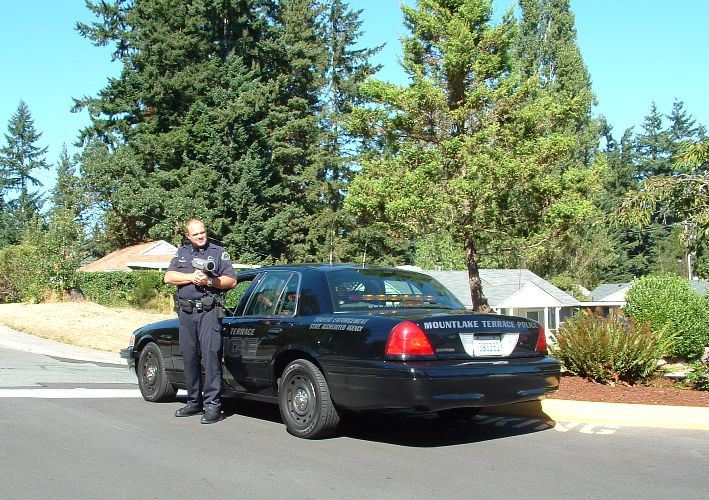 PHYSICAL IMPROVEMENTSThe physical improvements illustrated below are design elements typically used for traffic calming.  These mechanisms are usually employed in Phase II mitigation because they require larger amounts of capital for implementation.  All figures shown are found in the National Association of City Transportation Officials’ (NACTO) Global Street Design Guide.

Narrow lanes reduce speed and minimize accidents by reducing the width of right-of-way and making drivers more aware of adjacent roadway users.  The additional space can be used for wider sidewalks, bicycle lanes or parking.

Bulb-out’s alert drivers that they are entering an area where slower vehicle speeds are expected.  Raised crosswalks not only serve a speed table, but also enhance pedestrian presence.   Both treatments narrow the crossing width for pedestrians, thus minimizing their exposure to traffic.

Traffic circles in residential neighborhoods are successful at both reducing vehicular speeds and managing cross traffic without the need for stop signs or traffic signals.  They also promote less collisions.

Chicanes and lane shifts use alternating parking lanes, curb extensions or edge islands to form a weaving travel path and force a driver to lower their vehicular speed and/or avoid using the roadway at all.

Pinchpoints narrow the roadway mid-block.  They are especially useful in residential neighborhood roadways where they require motorists travelling in opposite directions to yield to one another.  They may also be used as a means to minimize the time pedestrians are exposed to traffic while crossing the street.

Speed humps and cushions create a vertical offset feature within the traveled path that compel drivers to travel as slower speeds and/or avoid the road, altogether.   Speed cushions are similar to speed humps, but have wheel cut-out opening to allow emergency vehicles to travel at speeds required to quicken their response times.

Diverters and other volume management strategies, such as restricted movement and restricted access strategies, help in reducing motor vehicle volumes and speeds.

HOW DOES THE PROGRAM WORK
The program works in three phases. First, City staff receives a completed petition from residents in the neighborhood that states their individual situation and, if warranted, conducts a study of their neighborhood.  The signers of the petition state whether their concerns include speeding, cut-through traffic, pedestrian safety, parking issues or any other matters they wish to identify.  Then, the City determines whether the situation requires Phase I type of improvements that focus on passive, less restrictive measures like educational programs, police enforcement, pavement markings, and signage. Finally, should the Phase I measures prove ineffective at reducing the issues in the neighborhood within a given time frame, then Phase II mitigation will be considered which typically includes more restrictive traffic calming methods.

RESOURCES
The MLT Traffic Calming Guide (PDF) can be reviewed free of charge at City Hall or online. Copies are also available for purchase at City Hall for $5.00 each. See below for more information.