Check out this video for information, including the scope, process and cost of the project. 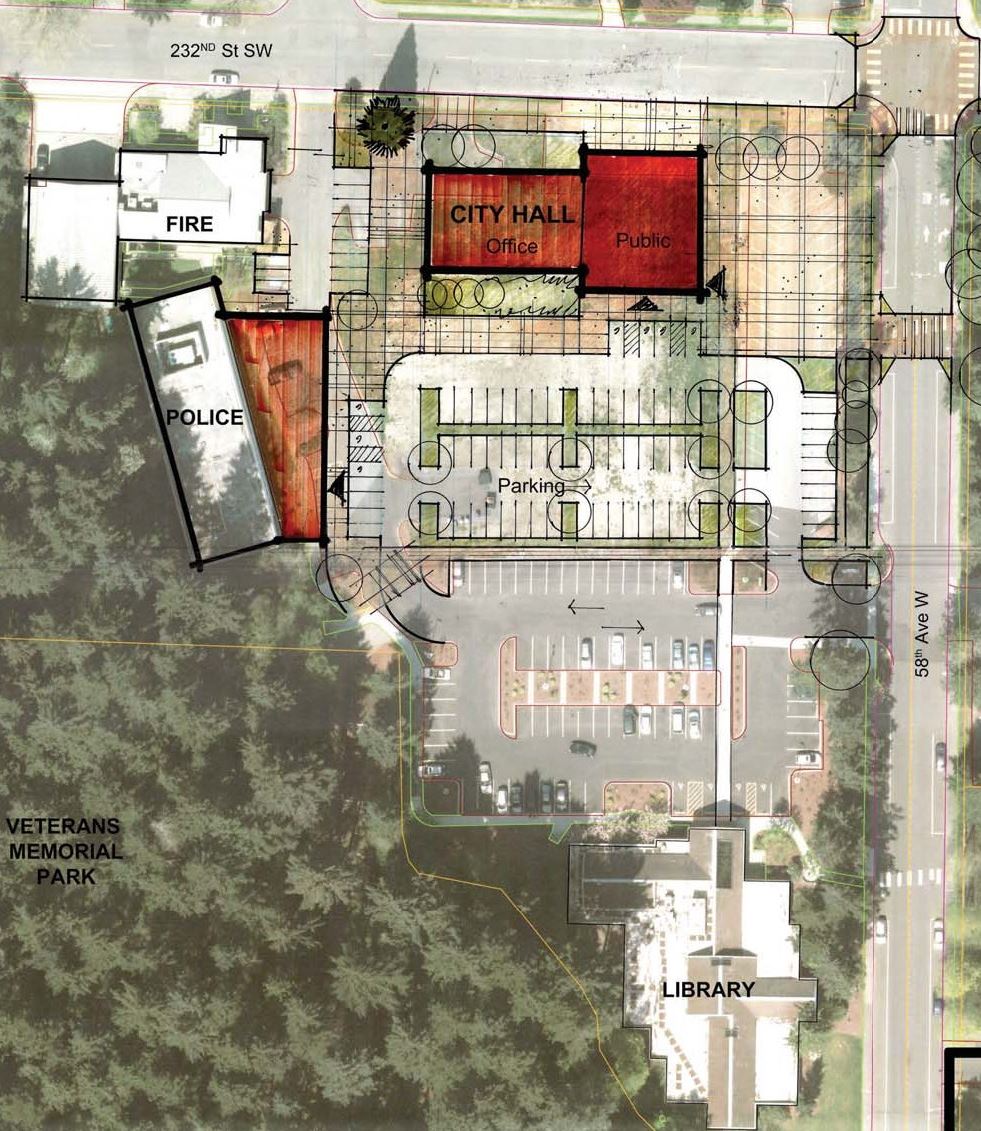 The City of Mountlake Terrace is asking voters to consider Proposition 1, which would authorize up to $12,500,000 in bonds for Civic Campus improvements, and excess property taxes to repay those bonds. The bonds would mature within 30 years.

Currently the City is renting office space to provide city services after a ceiling collapse at the former City Hall in 2008. Voters approved a levy lid lift in 2016 to provide a funding source for the rent in order to allow sufficient time to fund, design and construct a new City Hall.

A nine-member committee of residents was appointed by the City Council in late 2016 to develop a plan for a City Hall with community input. The committee spent the first part of 2017 evaluating what was needed for a City Hall and Police Station expansion, and meeting with the community for input on design, cost and layout.

The result of the committee's work was a recommendation for construction of a new City Hall and Police Station expansion.

Following additional input from the committee and community, the City Council moved forward with a $12.5 million proposal for a new City Hall and expansion of Police Station on the November 7, 2017 ballot.

If approved the Civic Campus project would include:

Although the exact amount of annual bond levies would depend on interest rates and property values, the City anticipates a bond tax rate of approximately $0.27 per $1,000 of assessed value for 2018. This means the owner of a $300,000 home would pay $81 (300 x .27) the first year. This cost will go down as new development occurs. Property taxes will also be reduced in 2021, when over $400,000 currently used to pay rent at Interim City Hall goes away. Exemptions from taxes may be available to certain qualified homeowners, call Snohomish County Assessor's Office at (425) 388-3540 for more information.

If Proposition 1 is Approved 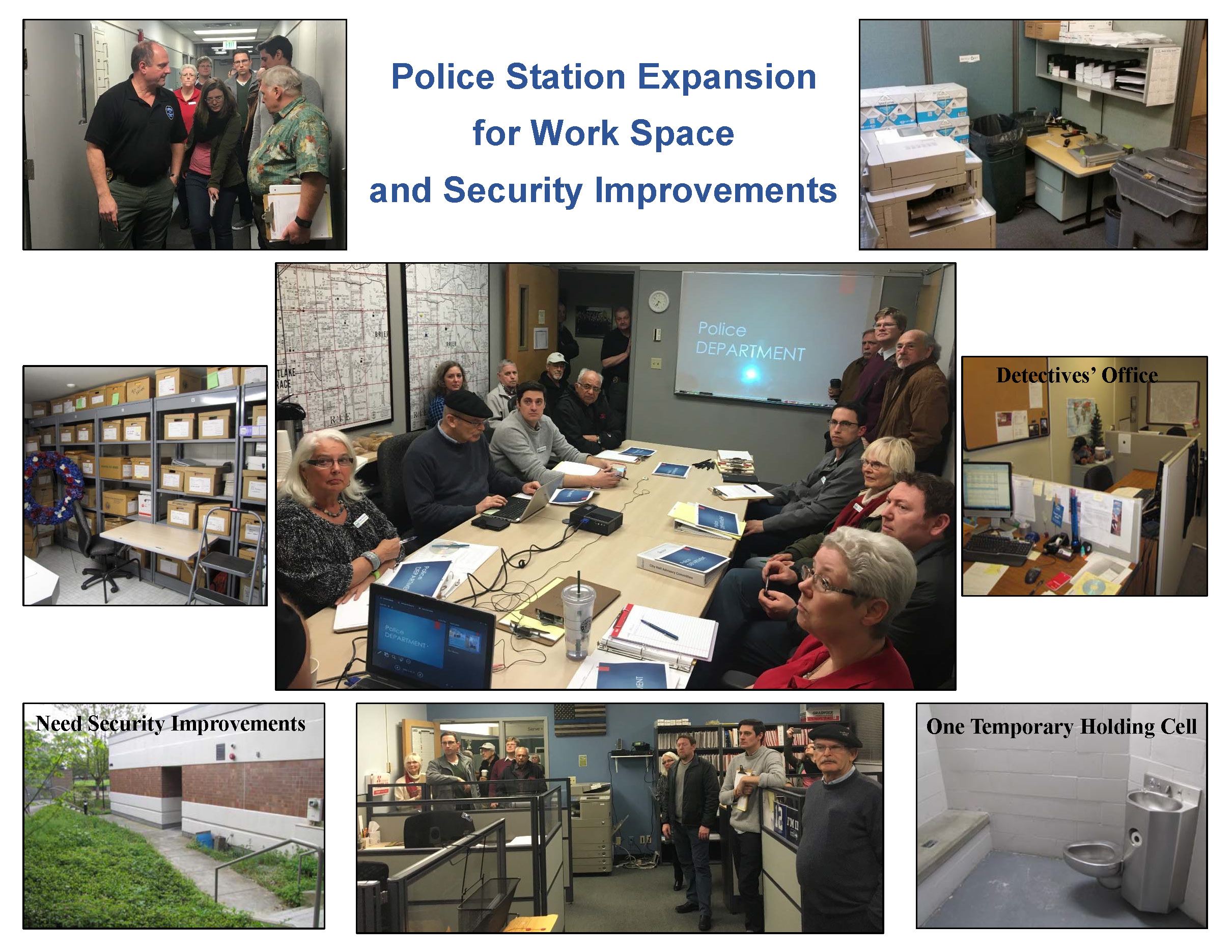 On July 20, 2017, the City Council adopted Ordinance Number 2711 that places the Civic Campus capital bond measure on the November 7, 2017 election ballot (City of Mountlake Terrace Proposition 1) for voter consideration. A public hearing was held on August 7 to allow the public the opportunity to speak in support of or in opposition to Proposition 1, and consider a resolution in support of the ballot measure.

Washington law requires that before adopting an official position on a ballot measure, the City Council must first hold a public hearing to enable the public an opportunity to state their position (either for or against). Following the public hearing, a motion was made to adopt a resolution expressing support for City Mountlake Terrace Proposition Number 1, which reads:

The City Council of the City of Mountlake Terrace adopted Ordinance Number 2711 concerning a proposition for financing Civic Campus improvements. If approved, this proposition would authorize the City to issue bonds to construct a new City Hall and expand the Police Station. It would authorize the issuance of not more than $12,500,000 of general obligation bonds maturing within 30 years, and authorize the annual levy of excess property taxes to pay such bonds, as provided in Ordinance Number 2711.

What is Your Property Tax Impact?

This amount would be reduced as new construction in Mountlake Terrace is added to the assessed valuation and contributes to the annual debt payment. It will also be reduced in 2020 when the portion of the current levy being used to pay rent goes away. 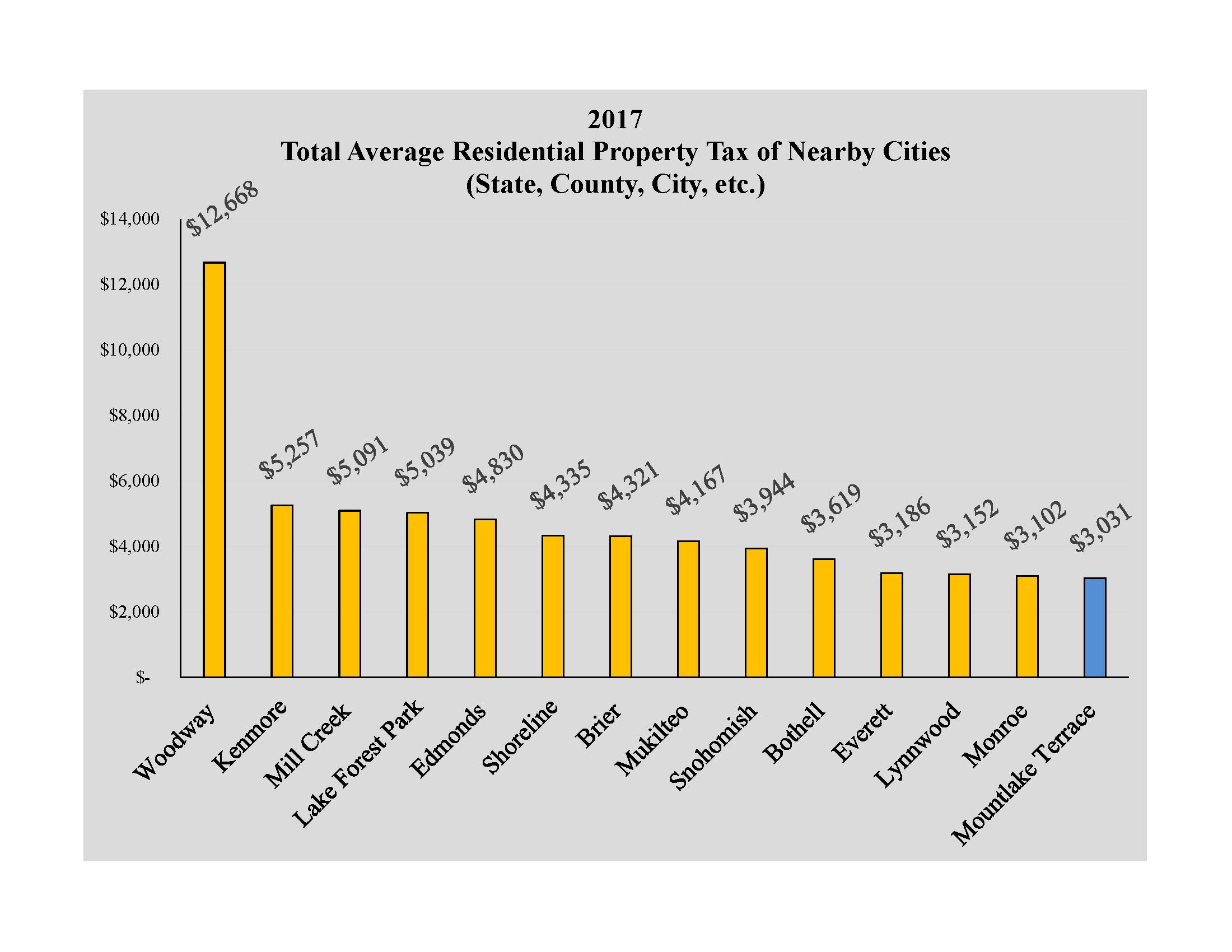 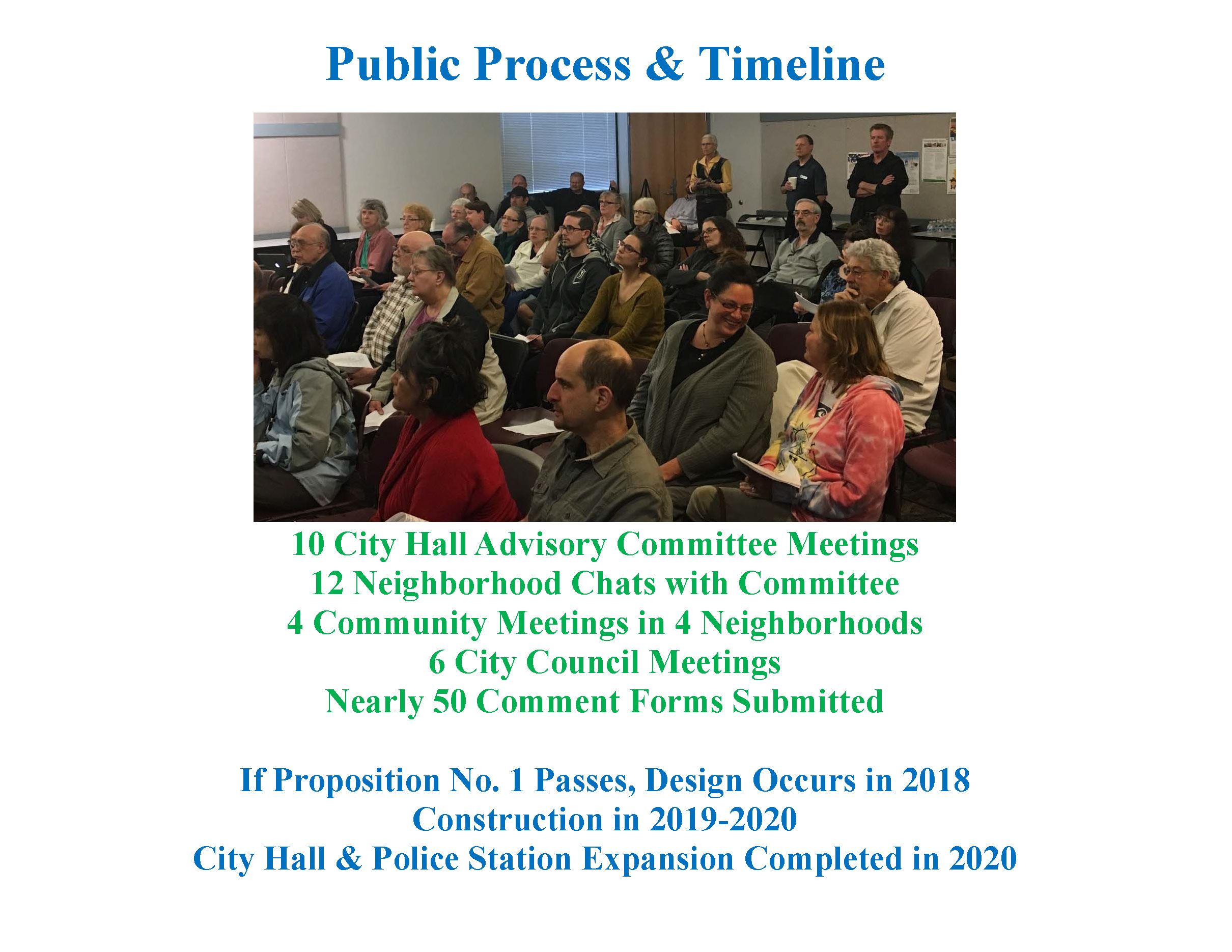 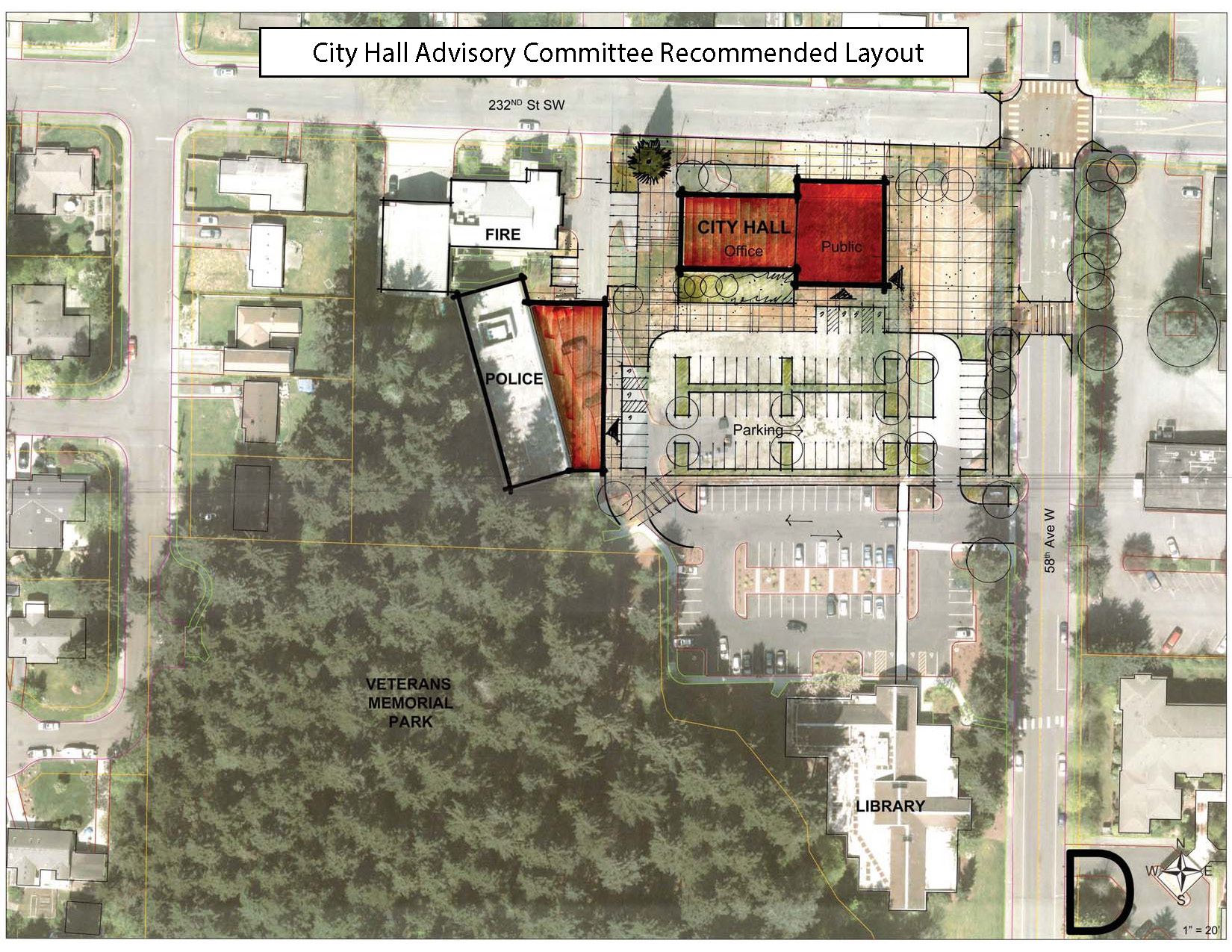