The instructors you'll read about below are the heroes of our dance department. They create a fantastic experience for hundreds of dancers each year. I'm privileged to work with and continually inspired by the wonderful people who choose to share their passion for creativity, excellence in motion and having fun while growing and learning at the Pavilion in Mountlake Terrace.

Take a look and you might learn something new about your favorite teacher. - Chloe Davenport 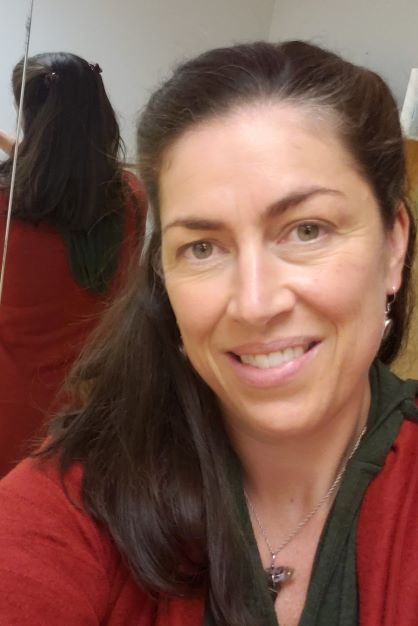 Ms. Davenport has been teaching Ballet, Modern/Contemporary Dance, and Creative Dance abroad and in the US since 1994. Her love of dance started at age 3 when her mother took her to see the Boston Ballet and she sat on the edge of her seat for the duration of the performance.  She immediately started dance lessons and loved to ‘be a butterfly’.

Her first serious training began at age 7 while her family was stationed with the Air Force in Japan.  The unforgettable two year experience of taking ballet class, where only Japanese was spoken, taught her that dance is its own language and is for everybody. After moving to Southern California, she studied Ballet and Jazz at the Phyllis Cyr Dance Academy, dancing in all of their Nutcrackers, recitals and performing groups.   She went on to receive a BA in Dance from UC Santa Barbara focusing on Modern Dance, Improvisation, Composition and Ballet. Directly out of college, her wanderlust landed her in Dortmund, Germany where she began teaching dance to children and adults.  In this she found her calling and sought out a second dance degree focused on instruction.  The Rotterdam Dance Academy in the Netherlands, after two years of study, awarded her a Modern Dance Docent (Teachers) Certificate in 1999.  This education included curriculum planning supported by child development studies, as well as rigorous physical training in many dance techniques that broadened her understanding of Modern Dance, Ballet and Improvisation.

She returned to the states in 1999 and has taught all kinds of dance and yoga throughout the greater Seattle area ever since. She's been directing the dance program here at MLT since 2011. Under Ms. Davenport’s guidance, the participants and highly trained staff, create a supportive, inclusive and performance ready dance community. 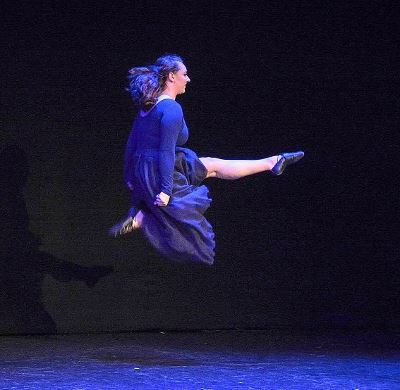 The Carroll-Henderson School of Irish Dance was founded in 2016 by TCRG Lauren Carroll-Bolger. The school seeks to connect their students in North America with the cultural heritage and traditions of Ireland. The head teacher, Lauren Carroll-Bolger, is a world-championship level dancer, holds a BA in Irish Music & Dance from the University of Limerick, and has worked with renowned Irish dance instructors from around the world. Her team of instructors are also high-level competitive dancers with professional performance experience. Collectively, they attempt to share the artistic, contemporary, and performance styles of Irish dance with their students in the Puget Sound. 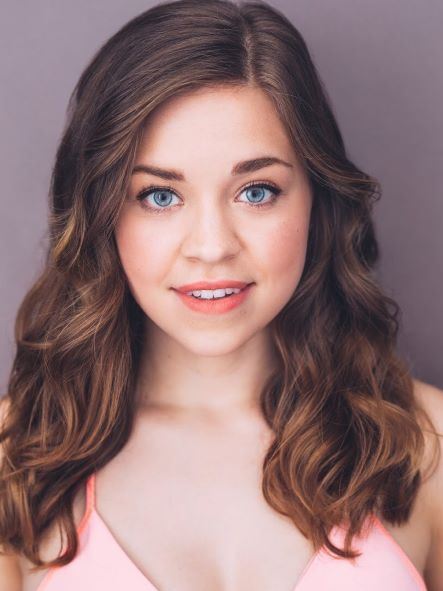 Tricia is originally from Vancouver, BC, Canada, but recently moved to the Seattle area from New York City! Tricia began dancing at the age of 5 at Tri-City Dance Centre and was a competitive dancer with them for 10 years.

She earned her BFA in Music Dance Theatre from Brigham Young University in 2016, attending school on a full-ride scholarship. After graduating from BYU, Tricia performed with Disney Cruise Line for a season and then moved to New York City!

While in New York, Tricia was auditioning every day and booked some excellent projects including: Barnum (Skyline Theatre Company), The Wizard of Oz National Tour (Apex Touring), and two Off-Broadway musicals!

When not performing, Tricia has spent as much time as possible sharing her talents and knowledge through teaching, specializing in Jazz/ Musical Theatre. Tricia is so excited to be a part of the MLT Dance Academy team and can’t wait to help others discover the joy of dance! 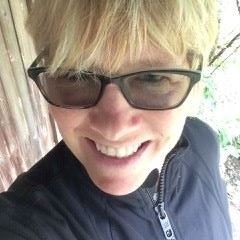 Ms. Haywood received her BA in dance from WWU, and her MA in Counseling/Psychology from Lesley College. She has taught all kinds of dance to students from ages 3 to 17 throughout the Seattle area, and at MLT since 2005.

Jennifer keeps her performing chops up to speed with MoDanCo, a modern dance choreographic collective. She was a presenter at Dance Educators Association of WA in 2009 and 2013. Jennifer and Dena Lee co-directed eNergi!, a youth performance group in 2010 and their latest collaboration was Loss in Found in 2015 at Velocity, honoring lost relationships.

Jennifer enjoys fostering joy and ease in movement and creative self-expression in others. 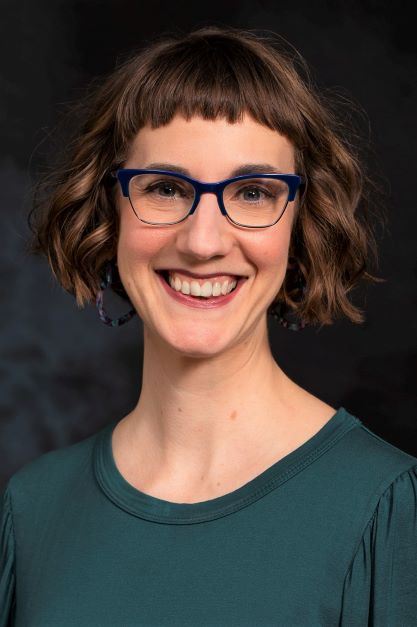 Kathryn Hightower (she/her or they/them) has been a dancer since she could walk and has trained in ballet, tap, jazz, modern, and so much more! She has performed all over the Pacific Northwest, including The Paramount, On the Boards, Seattle Center, and Velocity Dance Center in many styles and often for a cause. She has a BA in Dance, with a Teaching Endorsement, from University of Washington. Kathryn also directed her own dance company for 5 years, and produced a women’s art festival for nearly a decade.

Kathryn has been teaching dance to all ages for about fifteen years and has been at Mountlake Terrace Dance Academy since 2011. She is really excited about the adult tap program she and Ms. Davenport have developed at MLT over the past several years! She finds great soul nourishment in this community. When she is not dancing, she works as a primary care naturopathic physician at Emerald City Naturopathic Clinic in Seattle. 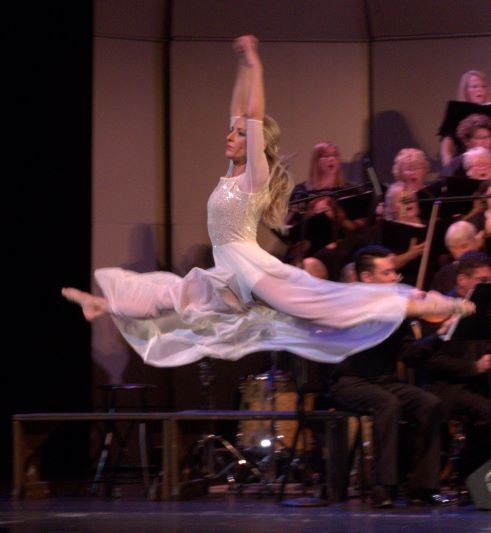 "Dance is my first love!”  Maria began her dance career at Mountlake Terrace Recreational Pavilion at age 3 where she fell in love with dance and has been dancing since!   She enjoys choreographing from Ballet to Ballroom.

Her dance background is broad and she is forever devoted to her Croatian Folklore.  Maria began in Vela Luka Croatian Dance Ensemble’s children’s ensemble in 1975, when the ensemble was founded, and was appointed Artistic Director in 1998.   Vela Luka has been on three performance tours to Croatia.  Maria sings with Ruže Dalmatinke, Dalmatian Roses, where they showcase music of Croatia. 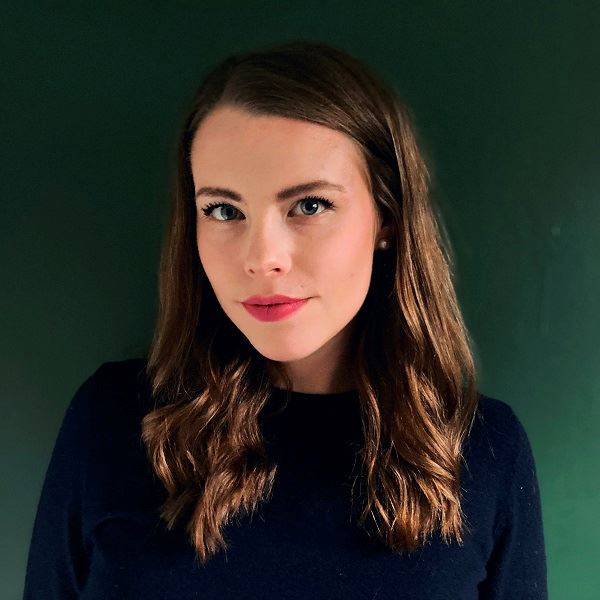 Kim began ballet classes at age 3 and was immediately enthralled, beginning her competitive dance career at age 5. Training at Pacific West Performing Arts in Snohomish, WA, she competed at a high level for 10 years in lyrical, contemporary, jazz, tap, hip hop, and pointe, and performed in productions across the Seattle area.

Ms. O'Kane finds great joy in continuing her own dance education and is thrilled to work with students to develop strong dance technique with an emphasis on building confidence and individual artistic expression. 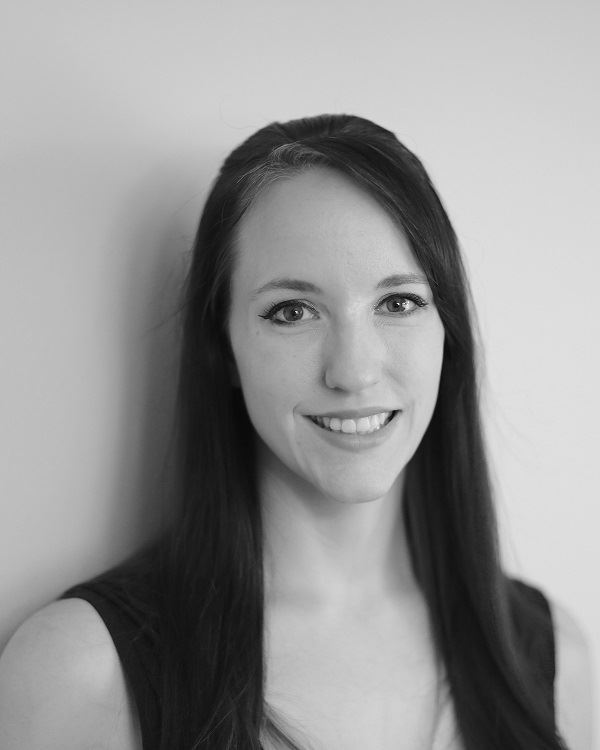 Emily has enjoyed dancing since she was six years old. Loving all kinds of dance, she has trained in tap, jazz, modern, hip hop and ballet and is always happy to try something new. Growing up, she went to dance classes four nights a week before studying and performing with Western Washington University’s Dance Department, earning 35 credits (equivalent to a minor today) while earning a B.A. degree in English Literature in 2007 and a Masters in Teaching in 2011.

Emily has been teaching dance since 2003 at various studios and is also the owner of Marysville Performing Arts Centre. In addition to teaching dance, Emily spent 12 years teaching in public education including working with multiple school productions and musicals.

Charity Dance Project - a local dance/arts group whose main ambition is to organize arts events for charity purposes was founded by Emily. The group has hosted an annual fundraising event, organized community dance classes, and helped youth find the spotlight since 2014. Charity Dance Project has raised $8091 to date for community-based non-profits.

In an interest to serve the community to the best of her ability Emily is also a certified Rhythm Works Integrative dance instructor to help work with dancers who have different needs. Emily is currently 200 HR RYT and working on her 500 HR now; she loves sharing yoga with her students and her two kids, ages 6 and 4. 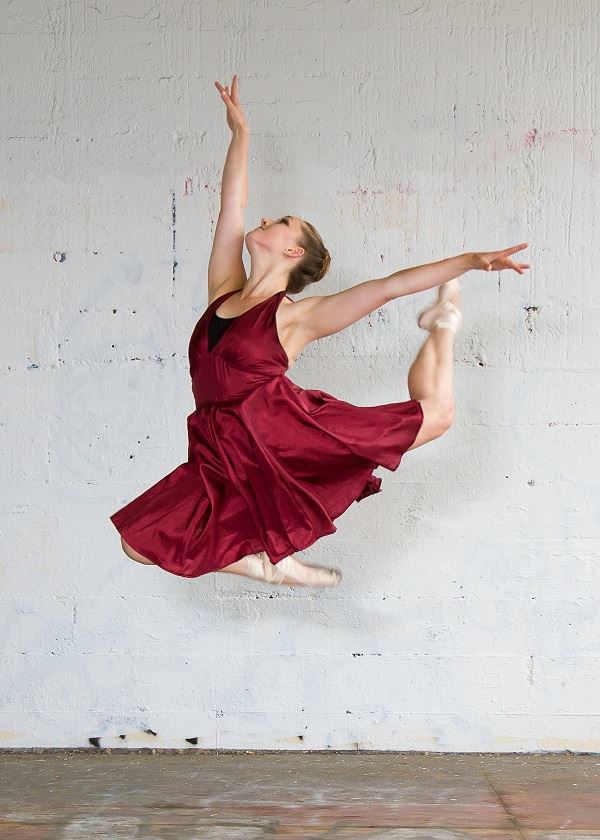 Originally from Lansdale, Pennsylvania Anna grew up as a gymnast alongside with her sister. After 6 years of gymnastics and a year off to play tennis, Anna found herself in a ballet class at 10 years old with girls who had been dancing since they were 2. From the first plie, she knew this would be a lifestyle. Her training began at Dance Studio Workshop, later known as New Horizons Dance Alliance under the direction of George C. Thomson. She continued her training there for four years, then went on to dance with Budzynski’s Studios of Ballet under the direction of Marilyn Budzynski along with other teachers such as Christine Jones, James Idhe, Heidi & Felicia Cruz, Tara Keating and Alexei Charov. Throughout her high school years, Anna was given the privilege to teach a variety of styles at both Budzynski’s Studios of Ballet, as well as at the Conservatory of Music and Dance.

During the summers, she was given the opportunity to go to many summer dance intensives including Ballet Magnificat!, American Ballet Theatre’s Detroit campus, and Joffrey Ballet School in New York City.

In the fall of 2013, Anna went to study Dance Performance at Palm Beach Atlantic University in West Palm Beach, Florida. There she was under the wonderful direction of Eileen Hebron, Jin Young Li, Victor Trevino, Jacquie Lopez, Carlos de Barros, and Kathleen Klein. In the fall of 2014, she moved out to Washington to dance with Paradosi Ballet Company where she went through their trainee program and apprenticeship and served as a Company Artist. She was also taken on as a ballet, contemporary, and tap teacher at Surrendered School of Dance, while also working as the Satellite Campus Administrator. She has been teaching dance and working as an Administrative Assistant in the area and took a season off to get her real estate license.

She is now a licensed real estate agent, does photography on the side, and is thrilled to be back in the studio teaching! She's happy to be working with the dancers at Mountlake Terrace Dance Academy, and cannot wait to learn, grow and dance together!